You are at:Home»ACTIVITIES»News»Listen to the oppressed people, be their voice, give a hand!

The fact that the Masjid al-Aqsa, which is regarded as the sacred land of all Muslims, was contaminated with the boots of the oppressors in the last days of the blessed Ramadan has been one of the last straws and tears of cruelty. Although it is a great jihad to shout the truth in the face of the wrongdoer, it is not only verbal condemnations that need to be done today; it is the grabbing of the hands reaching out and breaking them if necessary and saying “stop” strongly. Although the pain that falls on the hearts of the Muslim nations is reflected in their language and streets, what is expected from their leaders is to all speak loudly and unite forces against Israel, the state of terrorism. It is a great betrayal against Islam and the Muslims that some leaders of the Muslim countries compete with each other to take pictures side by side with this terrorist state. Those who fear to stand by the oppressed today will be doomed tomorrow to experience the brutality of the oppressed.

The impunity of murderers who unlawfully and recklessly seize the homes and lands of the Palestinians, attack their shrines, and do not hesitate to commit massacres regardless of their age is a profound heedlessness and even complicity of the world in general and the nations of Islam in particular. We invite all humanity, especially the countries whose people are Muslims, to reach concurrence and unite in the face of oppression. And we call upon them to listen to the oppressed people, be their voice, and help them to establish peace and justice in the world. 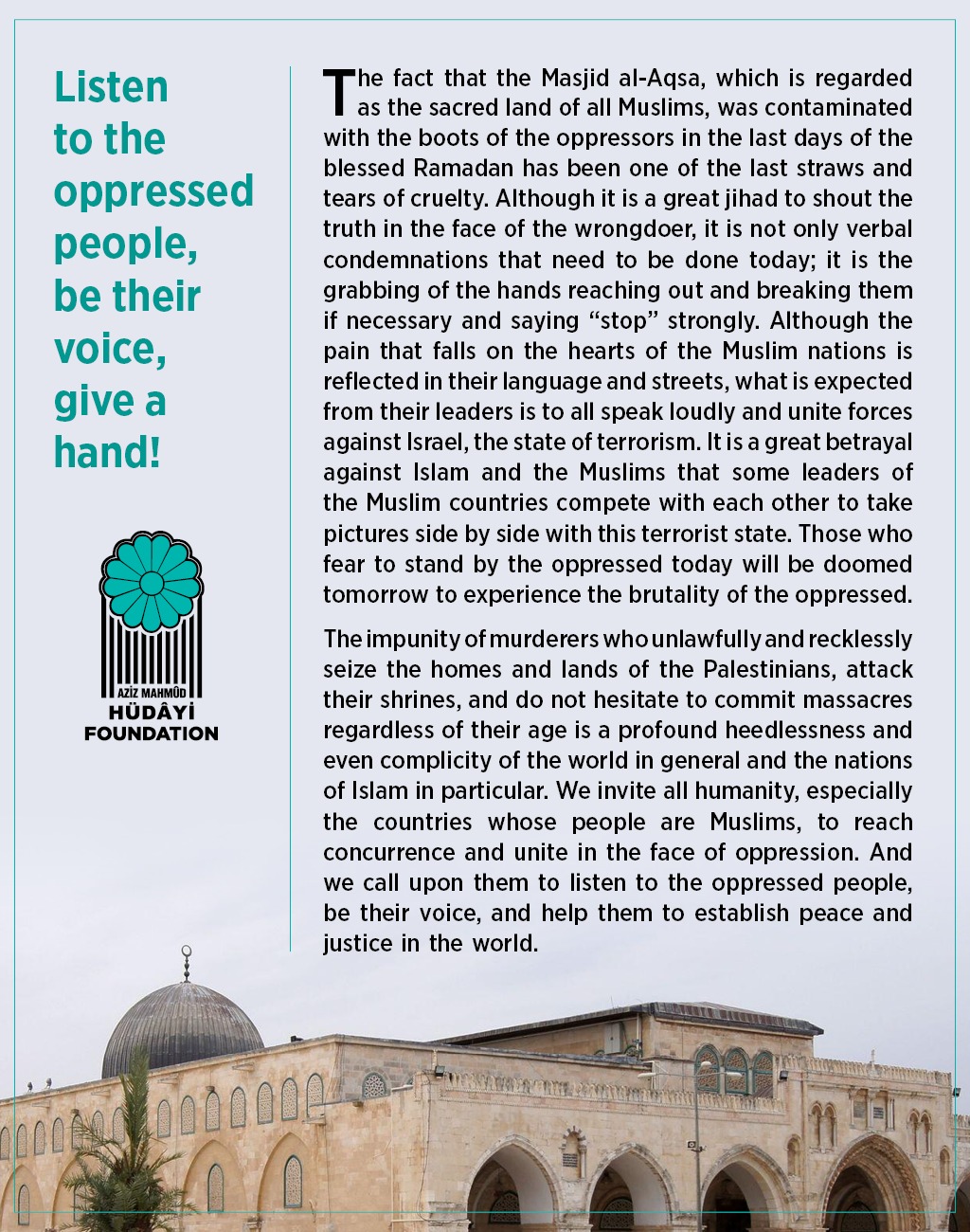